Noyl Houston developed a strong work ethic on his father’s farm near Trumann, Arkansas.  When he began practicing law in 1978, he was elected City Attorney for Trumann in 1979, and he was appointed Deputy Prosecuting Attorney for Poinsett County in 1980.  He moved his law practice to Jonesboro in 1985.

Mr. Houston has been active in his church, community and profession throughout his life and career.  He obtained professional distinction by winning a case before the United States Supreme Court, the highest court of the land.  He has been appointed to serve as a Special Justice to the Arkansas Supreme Court on three occasions.  He has achieved an AV (preeminent) rating by Martindale-Hubbell, and he has also been recognized in Best Lawyers in Arkansas, Arkansas Times, 2021.

From his beginning as a young lawyer and prosecutor, Mr. Houston’s practice has evolved into an extensive civil practice emphasizing major and catastrophic personal injury, including tractor/trailer and product liability litigation, as well as probate and property litigation.  He also advises and assists clients with wills, trusts, estates, and other matters.

Mr. Houston finds the greatest satisfaction in helping others, especially by obtaining just compensation for people when they or loved ones have been wrongfully injured or killed by being deprived of benefits they deserve by an insurance company, or by defective products.  Illustrative cases include in in which he helped a man in the prime of life obtain just compensation denied by an insurance company when was tragically injured and disabled, Witt v. Allen & Son, Inc., (Ark. App. 9/2/2009), another in which he successfully battled the State of Arkansas all the way to the United States Supreme Court to invalidate a state law that deprived a state trooper’s widow of the benefits she justly deserved.  Rose v. Arkansas State Police (479 U.S. 1, 1986), and by obtaining life insurance benefits rightfully due a widow when denied on a technicality.  Life Ins. Co. of Arkansas v. Ashley, 308 Ark. 335, 824 S.W.2d 393 (1992).  See also Chapin v. Stuckey, 286 Ark. 359, 692 S.W.2d 609 (1985) (obtained clarification of law concerning receivership in connection with larger farming operations).

For more information about our firm, call the Houston Law Firm, P.A. today at 870-935-3730 or contact us online to schedule a consultation. We offer a diverse array of legal services, and we have the experience necessary to effectively represent you.  Whether you are facing personal injuries or other serious legal issues, we can help you. 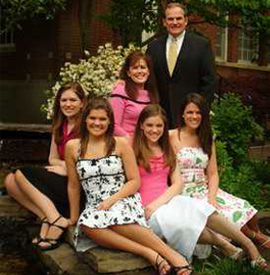